A Visit to Halen MÃ´n Sea Salt PDO on Anglesey â€“ One cold but sunny morning, I set off to Anglesey, just an hour from where I live in North Wales, to visit Halen MÃ´n Sea Salt Saltcote, for a private behind-the-scenes tour and a salt tasting experience. Todayâ€™s post is an overview of my visit with some associated recipes using this deliciouslyÂ pure Anglesey sea salt.Â 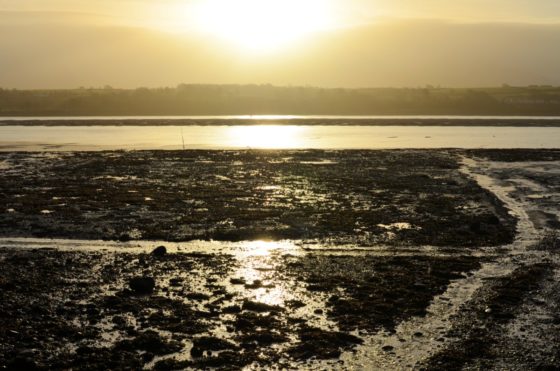 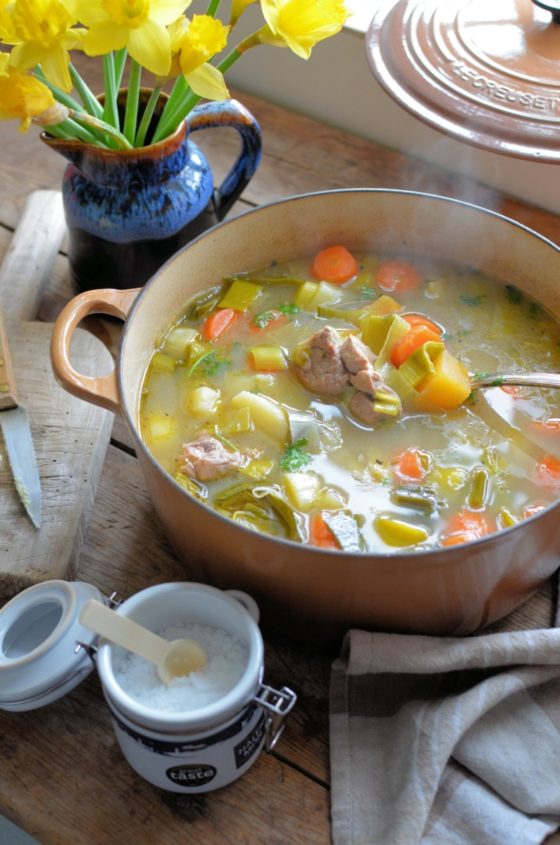 â€œAdd salt to tasteâ€ is one of the most used ingredients in a standard recipe, and is an essential seasoning in nearly all savoury (and some sweet) recipes; but, how often do we shop for salt as we would shop for meat, cheese, vegetables or any other recipe ingredients? True, there has been a recent trend towards â€œfancyâ€ and â€œalternativeâ€ salts, such asÂ Pink Himalayan Salt, Natural Rock Salt, Atlantic Sea Salt, Sea Salt Flakes and the famous Fleur de Sel from France, and thatâ€™s all to the good, as I have always thought that a good salt enhances any home-made recipeâ€¦â€¦.and I am a HUGE fan of British sea salt flakes, especially my local salt,Â Halen MÃ´n Sea Salt PDO, from Anglesey. And there is good reason why this has always been my favourite salt, it has a very distinctive flavour, and the crystals are so pure and white, that they almost sparkle, which is a direct result of the way it is harvested and finished in their Saltcote,Â on the banks of the Menai Strait in an Area of Outstanding Natural Beauty, next door to Anglesey Sea Zoo in Brynsiencyn. 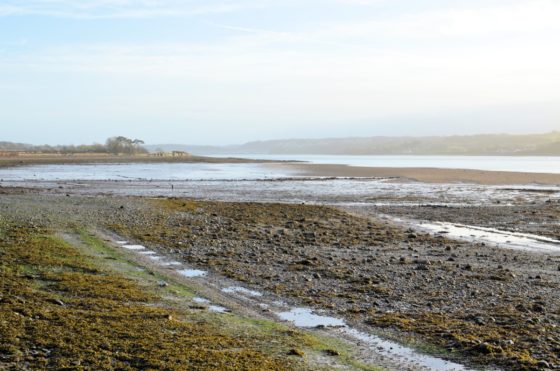 A few weeks ago, I was fortunate enough to have an early morning private tour to see the process of how this sparkling white salt is harvested and produced;Â production manager Ronan was there to show me around the plant and the trip was fascinatingâ€¦â€¦as regular readers may remember, I have highlighted where our food comes from in past posts, and I am always incredibly interested to see how ingredients and produce that we use daily, some that we may take for granted, are made and processed before they land on our tables. Sea salt has been made on the island of Anglesey for centuries, indeed right up until the 18th century when it was discovered that makers were adding Cheshire rock salt to pure Anglesey seas salt, for which they were fined, and which halted salt making for a time; that is until Alison and David Lea-Wilson resurrected this age-old craft by combining traditional hand harvesting with brand new technology to produce the crunchy white flakes of Halen MÃ´n, but unlike their predecessors, they donâ€™t add anything, other than natural herbs, spices and flavourings in some of their special flavoured salts. 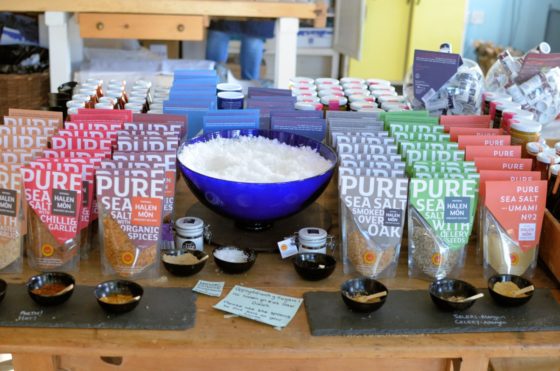 My trip took me around the whole hand-harvesting and processing plant, and I even had a chance to scoop some of the salt crystals out of the brine for a further filtering process.Â The behind-the-scenes tour also touches on the history of salt making on Anglesey, as well as how salt has been affected by culture, global events and local food production. At the end of the tour, you also have a chance to sit down and compare salts in a tutored blind salt tasting, which was not only interesting, but very illuminating just how each type of salt tastes so different, and the feeling that each salt leaves in your mouth afterwards. Plus, I loved hearing howÂ Halen MÃ´n Sea Salt was born, when in 1997, Alison and David left a pan of seawater to boil on their Aga, andÂ as the salt crystals started to form, they knew theyâ€™d struck culinary gold. Itâ€™s now sold in some the UKâ€™s best delicatessens, and in premium supermarkets such as Marks and Spencer, Waitrose and Harvey Nichols. And, their sea salt can be found in more than 22 countries across the globe as well as on the tables of some of the worldâ€™s top restaurants like The Fat Duck. 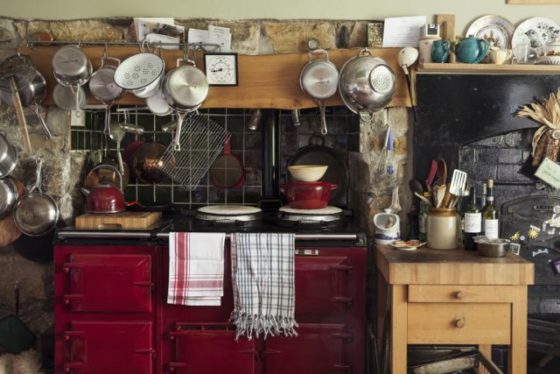 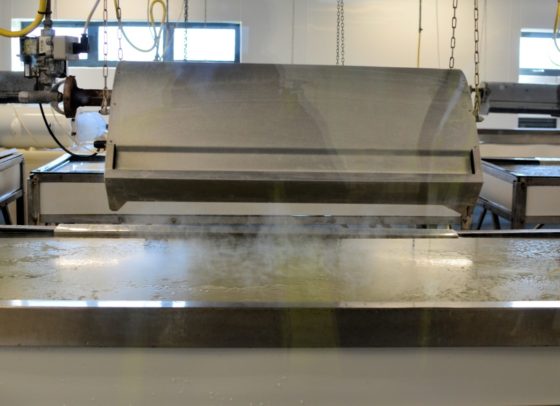 Using pure charcoal-filtered seawater drawn from the Menai Strait around Anglesey, before the water even reaches the Salt Cote, it has already passed through two natural filters: a mussel bed and a sandbank.

â€¢ Once naturally filtered, the salt water is gently heated in a vacuum so it boils at a low temperature.

â€¢ Gradually, the water releases steam and turns into a very salty brine.

â€¢ When the concentration of the salt in the water is high enough, we release it into shallow crystallisation tanks and leave it there to allow the sea salt crystals to form.

â€¢ Once the crystals have formed, we then harvest the sea salt by hand. (This is where I scooped some of the crystals out of the tank)

â€¢ Finally, we rinse the flakes in brine until they shine. 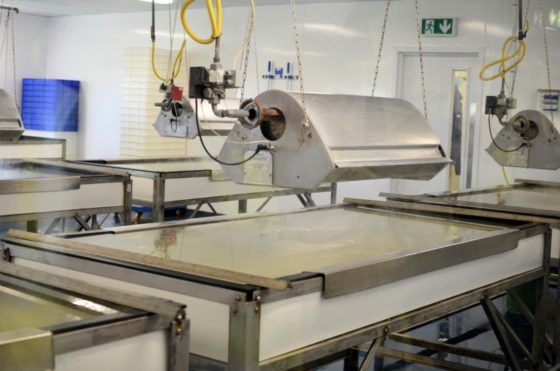 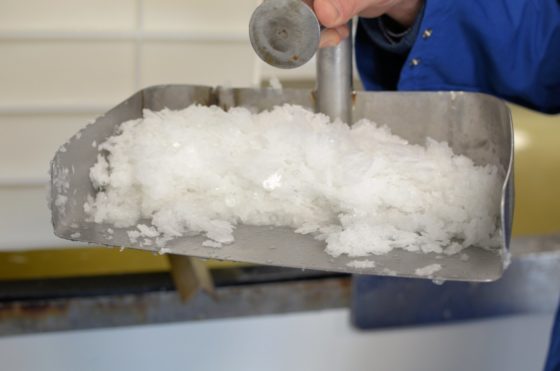 A simple procedure it may be, but it does take time, and temperature is crucial all the way through the filtration process.Â The process results in a very fine, pure white salt crystals that reflect the purity of the salt from tide to table; and due to these special properties, as well as the geographical area whereÂ Halen MÃ´n Sea Salt is harvested and made, in 2014Â Halen MÃ´n Sea Salt was awardedÂ Protected Designation of Origin Status (PDO)Â in recognition of the fact that the salt is made from the clean, clear seawater that surround the beautiful island of Anglesey in North Wales, and that every organically certified flake of their sea salt is harvested by hand, before they are rinsed to give them their characteristic, brilliant gem-like appearance, with a perfect balance of deliciousÂ minerals and not a hint of bitterness, which is one of the reasons I love to use this salt in all my cooking and baking. 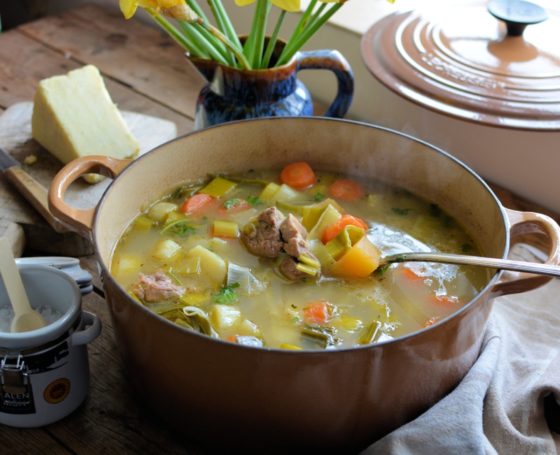 You can useÂ Anglesey Sea Salt in all your cooking and baking as I do, as well as having it on the table for additional seasoning, but Iâ€™d like to share three lovely Welsh recipes with you before I leave, where the addition ofÂ Anglesey Sea Salt makes the dishes sing, preferably in Welsh! (By the way, to avoid confusion, the brand name is Halen MÃ´n, which is the Welsh translation of â€œAnglesey Saltâ€, just in case you were puzzled)Â I hope you have enjoyed your quick virtual trip aroundÂ Halen MÃ´n in Anglesey, they also have a wonderful shop on site, which is stocked with all of their salts, as well as a fabulous range of artisan gifts, cookware, textiles and cards, with lots of items being made in Wales, and you can order from the shop online too. See you soon with another recipes and more travellerâ€™s tales. KarenÂ 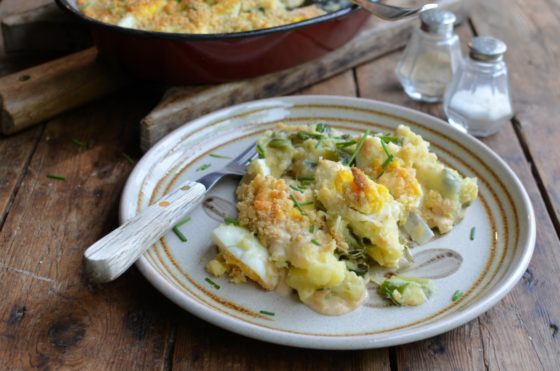 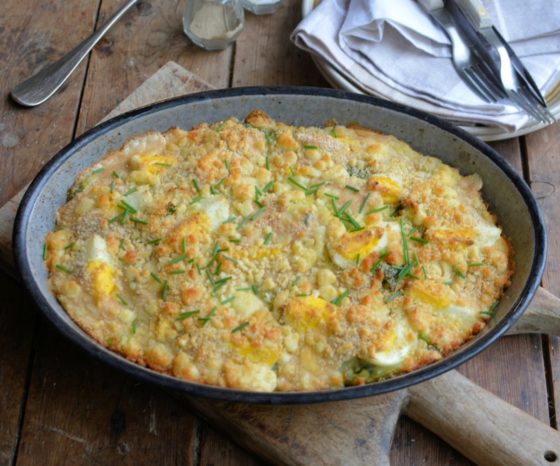 This classic Welsh recipe of mashed potatoes with leeks & hard boiled eggs, is baked in a cheese sauce with a crisp crumb topping, and makes a thrifty and tasty midweek supper dish for all the family. (Please note, that the prep and cooking time is the time it took me to make this dish, and is a guideline only!)

This classic Welsh recipe of mashed potatoes with leeks & hard boiled eggs, is baked in a cheese sauce with a crisp crumb topping, and makes a thrifty and tasty midweek supper dish for all the family.Â NB: Can easily be halved to serve 2 people, using 4 eggs, the prep and cooking time will be slightly reduced too.

(Please note, that the prep and cooking time is the time that it took me to make this dish, and is to be used as a guideline only!) 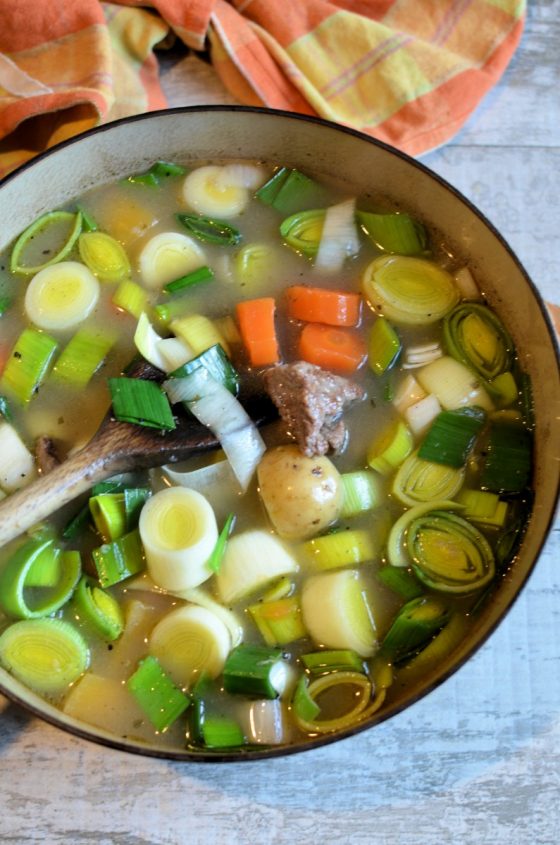 Welsh Cawl (Lamb & Vegetable Stew) – Cawl is often seen as being the national dish of Wales, my recipe is based on a traditional Welsh recipe for Cawl, but uses lamb steaks in place of a lamb joint.

Welsh Cawl (Lamb & Vegetable Stew) – Cawl is often seen as being the national dish of Wales, my recipe is based on a traditional Welsh recipe for Cawl, but uses lamb steaks in place of a lamb joint, as was commonly used in times gone by. A bowl of cawl is usually accompanied by crusty bread and Caerphilly cheese. 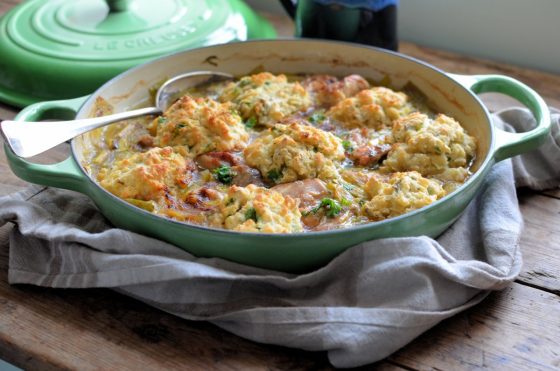 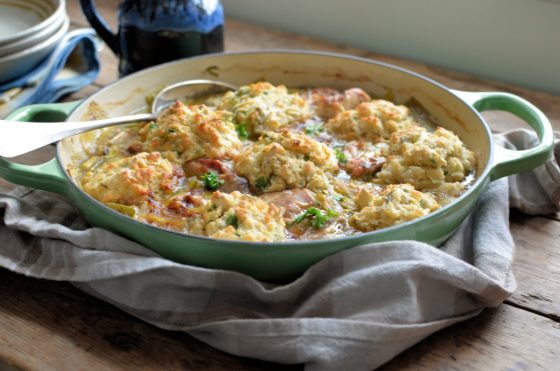 Using locally sourced ingredients with provenance, this recipe is a real winter warmer, and would be perfect for any family supper to celebrate St David’s Day. Organic Welsh chicken is paired with locally grown Welsh leeks and shallots, which is cooked in a rich chicken stock before being finished with baked herb dumplings.

Using locally sourced ingredients with provenance, this recipe is a real winter warmer, and would be perfect for any family supper to celebrate St David’s Day. Organic Welsh chicken is paired with locally grown Welsh leeks and shallots, which is cooked in a rich chicken stock before being finished with baked herb dumplings. 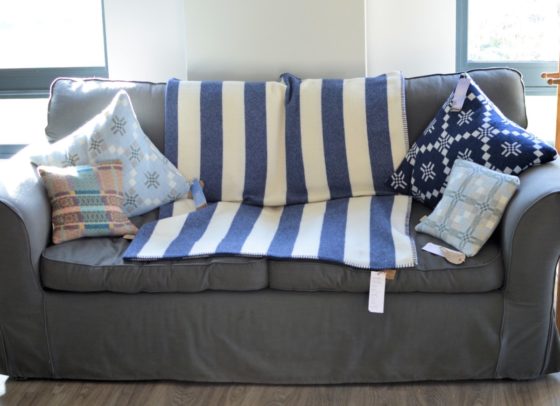 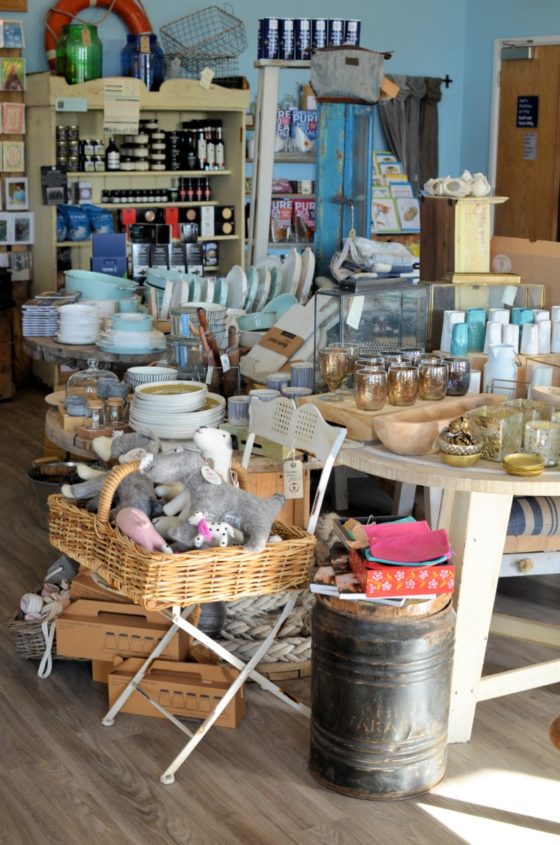 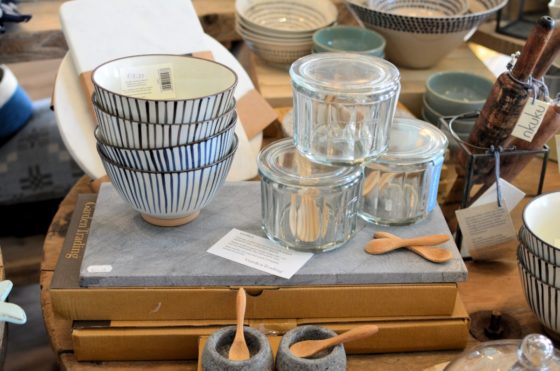 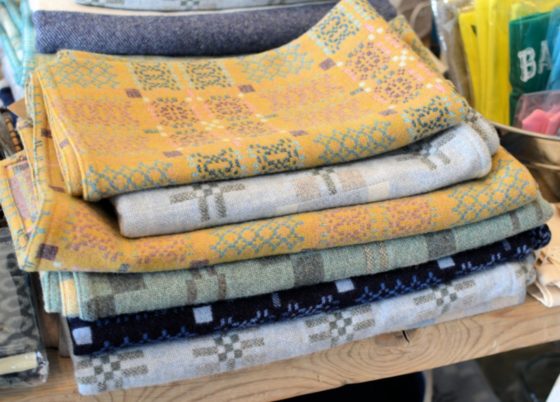 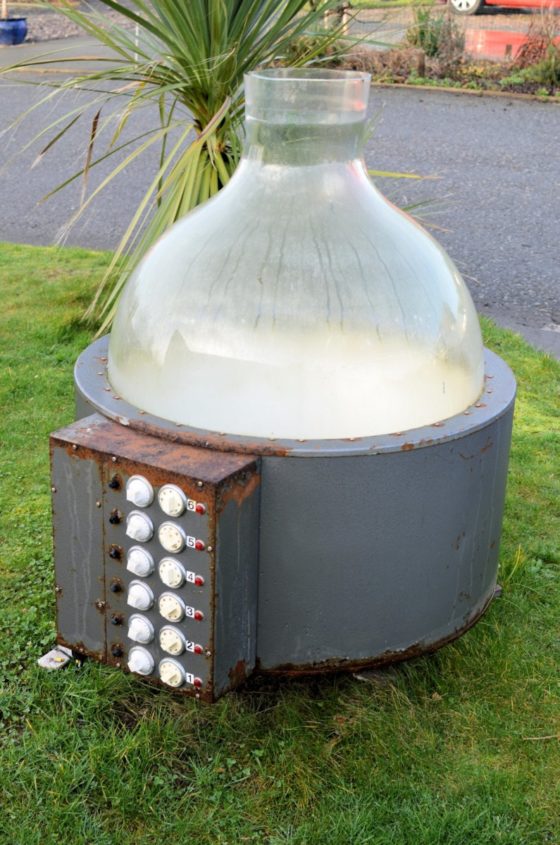 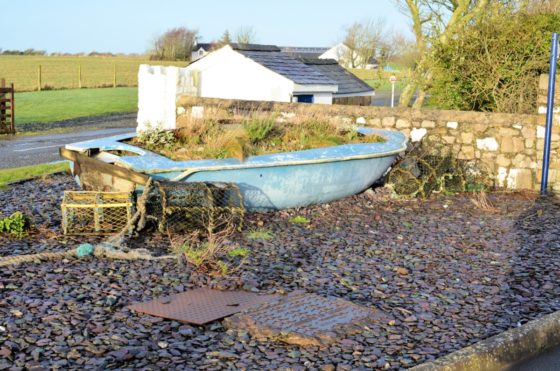 The post A Visit to Halen MÃ´n Sea Salt PDO on Anglesey appeared first on Lavender and Lovage.

from Lavender and Lovage https://ift.tt/2HauD3r
via IFTTT